The Future of Wireless Charging

Wireless charging for mobile phones is finally taking off. After a decade of development, and a wide array of different specifications, the technology and the market are maturing and consolidating sufficiently for mainstream adoption.

This is highlighted by companies such as furniture supplier Ikea adopting the Qi specification in tables and other products, and providing its own wireless-enabled cases called Vitahult for those phones such as the iPhone that don’t support that particular technology.

Similarly, Starbucks is using a competing technology from Powermat, which has been working on wireless charging for a decade. This involves a ring (essentially an inductive coil with a controller) that plugs into the power socket of a phone, which is then placed on a Powermat to charge.

Figure 1: Starbucks has been rolling out wireless charging using technology from Powermat.

These maturing technologies are leading to new options for designers in consumer, medical and industrial applications.

One of the reasons for the slow adoption of wireless charging has been the fragmented specifications. Two industry associations have merged over the last year to create a group that can take on the market leader. This new group, called Rezence, brings together the Alliance for Wireless Power (A4WP) and Power Matters Alliance (PMA) to bridge two core wireless charging technologies. The group aims to use this combined specification for a core-charging standard supporting a wide range of consumer, medical, military and industrial applications, not just mobile phones and cars.

It sees wireless charging being used in wider applications, from Bluetooth headsets to wearables and up to tablets, notebooks and laptops, as well as medical and embedded product designs.

It aims to challenge the Qi Wireless Power Standard Specification, which is overseen by the Wireless Power Consortium (WPC). This has seen over 50 million units of 80 mobile devices from 200 companies using the technology since it was established in 2008.

The latest version of the specification supports the delivery of 15 W to mobile phones for fast charging, up from the previous 1 A at 5 V (5 W). Some phone makers offer wired fast charging that provides a 60 percent charge in as little as 30 minutes, and the aim of the latest Qi specification is to extend this to existing units that use the Qi wireless charging as well. This sits well with the coffee shop charging model where there is limited time.

The group also approved the test procedures and tools needed to verify that fast charging products are compliant with the new Qi specification, as well as being backward compatible with all existing Qi products.

The Qi specification uses small inductive coils that can handle resonant frequencies of 100 – 205 kHz, but this means that the terminal has to be placed close to the charging surface and directly over the charging coil. The Qi receiving coils, like the 30 mm x 30 mm single loop such as the WR303050 from TDK, have a thickness of just 0.92 mm with an inductance of 12.3 µH at 100 kHz. The efficiency of around 66% is another reason for using this approach to reduce the losses.

Figure 2: The WR303050 wireless charging receiver coil from TDK is just 0.92 mm thick for integration into a mobile terminals using the Qi specification.

Laird Signal Integrity Products has created a transmitter module that is designed to meet the Qi specification. The WPC A1 module uses a ferrite base to provide a high Q (quality) factor for a sharp resonant peak. This means as much power as possible is transferred to the receiving coil for faster charging with fewer losses. This can be used with a wide range of designs, from office equipment to power tools, embedded in surfaces.

Qi also has a relatively simple communications protocol that is limited to one device being charged, controlling the rate of charge and putting the terminal into a low-power mode once it has reached full charge to avoid over-charging. For more flexibility, a base station (or charging mat) can have multiple inductors to charge multiple devices, and each has its own controller, but each terminal has to be placed in a particular position.

Wurth and Texas Instruments have developed a wireless power demonstration kit that combines transmission and receive coils with the charging and communications controllers. This uses version 1.1 of the specification with the 5 W charging controller and high-efficiency coils from Wurth such as the 13 A, 6.3 µH transmission coil (in Figure 3a) and the receiver coil (in Figure 3b). The inductance of each coil is already matched with the resistance and capacitance on the boards to provide the highest available Q-factor for efficient operation. However, designers can change the coil to test out larger devices or coils with multiple levels.

Figure 3a: The wireless power demonstration kit combines technology from Wurth and Texas Instruments to show how wireless charging can be implemented in a design with a transmission board.

Figure 3b: The receiver board in the wireless power demonstration kit from Wurth and Texas Instruments.

This is a fundamental difference from the Rezence approach, which uses a much larger induction coil so that multiple devices can be placed anywhere on a charging mat. However, this creates a challenge for the communications protocol. The charging controller has to vary the frequency (the PMA specification uses a 277-357 kHz range) as well as vary the charging rate for all the different terminals on the charging mat. However, this higher frequency does allow for a higher charging rate and supports a greater depth of field so that the charging mat can be embedded into a surface such as a tabletop.

The two technologies that make up the Rezence specification have been consolidated over the last year, and this is now allowing designers to adopt the revised technology in designs that will come to market in 2016.

Wireless power is not just about inductive charging. There is increasing interest in beaming power through free space.

Researchers at MIT have demonstrated the transmission of 60 W of power over a distance of 2 meters using strongly coupled resonant devices (Figure 4). The power source, left, is connected to AC power. The blue lines represent the magnetic near field induced by the power source. The yellow lines represent the flow of energy from the source to the capture coil, which is shown powering a light bulb. This also shows how the magnetic field (blue lines) can wrap around a conductive obstacle between the power source and the capture device.

This technology has been commercialized by WiTricity, which has teamed up with Greatbatch, a global developer and manufacturer of medical devices and components, to use the technology in medical device applications. Greatbatch will use the wireless charging systems for medical devices of its own design, as well as systems and solutions for Original Equipment Manufacturers (OEMs). The technology allows flexible positioning and the ability to charge through non-metallic materials such as plastic and glass. This allows designers to remove contacts and create closed systems that charge batteries through completely sealed cases, easing sterilization, reducing maintenance, and increasing reliability and availability in medical applications. This can also reduce the battery size, particularly for implanted devices that can be charged through the skin.

The company is also part of the A4WP Rezence specification to use the technology for standards-based wireless charging systems.

It’s not just electromagnetic waves that are being used for wireless power, either. A startup in California called Ubeam is aiming to use ultrasound to beam power across a room. This would use high frequency ultrasound energy that would then be converted back into electrical power by a transducer. The company has developed a high-powered ultrasonic transducer, transmitter, receiver and power converter, along with a highly secure ultrasonic data transmission system for the controller.

Wireless charging is reaching a critical point. As the specification consolidates to two choices from WPC and Rezence, designers will see a wider range of components available for system development. While WPC’s Qi provides a stable, cost-effective implementation of wireless charging that is available now with high-speed charging, Rezence offers more flexibility for charging multiple devices but with increased complexity and cost. It also opens up the opportunity for longer distance charging through the technology of WiTricity and others, which will give developers in the embedded and industrial markets more flexibility in the overall system design. 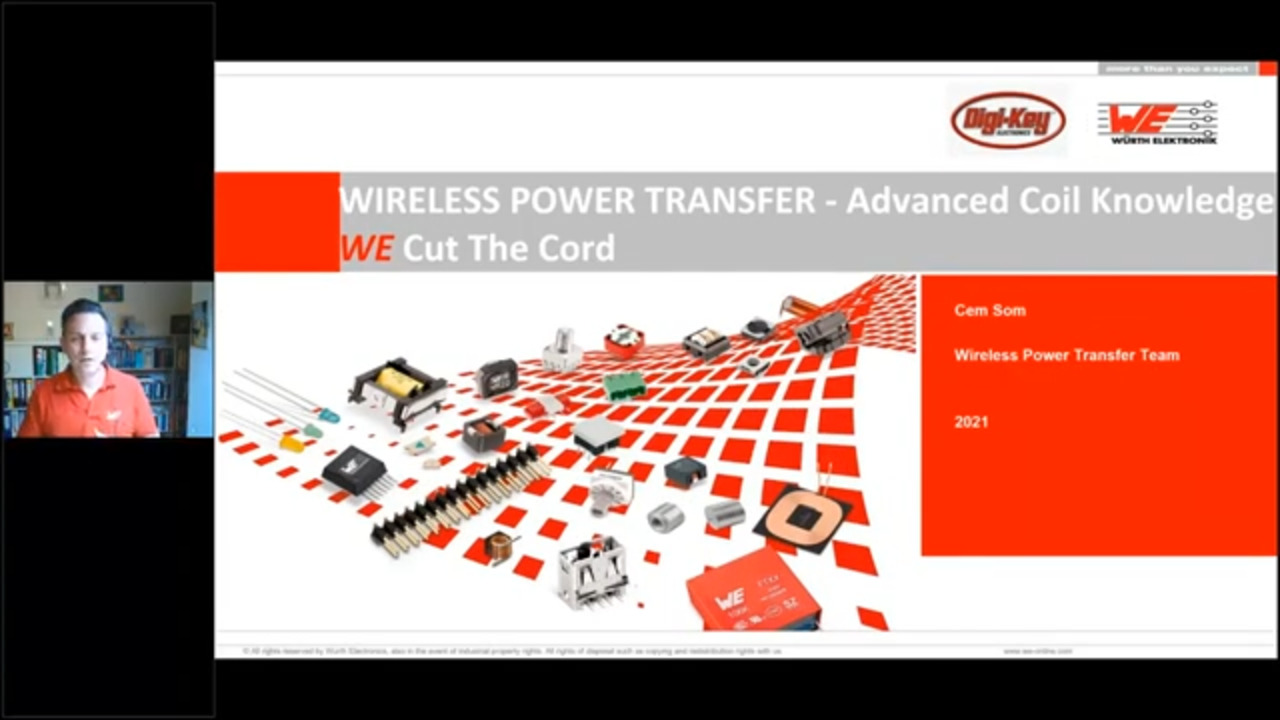 WE-WPCC The WE-WPCC series offers a great solution to anyone who is looking into both or only one side of the wireless power transfer solution
Wireless Power Transfer Supports wireless charging anywhere, which is a practical feature for handheld devices including tablets, smartphones, MP3 players, and automobiles.