Incoterms: CPT (Duty, customs, and applicable VAT/Tax due at time of delivery)

Article Library > Any Color, As Long As It’s White – Could TM-30 Be the Unambiguous Color-Quality Metric We Need?

Any Color, As Long As It’s White – Could TM-30 Be the Unambiguous Color-Quality Metric We Need?

The advent of solid-state lighting has turned ordinary consumers into lighting connoisseurs. People have very quickly become aware that many more choices are available and that making the right decision is vital – whether for domestic mood lighting, peaceful and productive office lighting, illuminating critical tasks such as surgery, or displaying merchandise at its best.

Everything used to be so simple, including the accepted metrics of lamp performance. For many years, the lighting industry has used the Color Rendering Index (CRI) as a simple expression of average fidelity with which a set of standard color samples are rendered. The sample set may comprise up to 14 colors, including medium-chroma pastel shades, saturated red, yellow, green and blue colors, and standardized skin tones.

After determining the Correlated Color Temperature (CCT) of the light source to be tested, a reference source of the same CCT is calculated and the color samples are then illuminated by the test source and the reference source. The coordinates of the illuminated colors in the CIE Y-U-V color space are then determined, and the distance between the pairs of coordinates for each sample (Ei) is calculated and used to generate a set of results (Ri) that express the fidelity for each sample. The arithmetic mean of these values gives the CRI of the test source.

As a straightforward metric that is relatively easy to calculate and easy to understand by experts and consumers alike, CRI has been the favored industry yardstick for many years. It has been adequate for use with incandescent lighting, which has afforded few opportunities for manufacturers to artificially adjust the characteristics of ordinary white (non-colored) light sources. Now, however, the complex processes by which LEDs are made to generate white light gives manufacturers opportunities to offer a wider variety of choices. CRI is unable to describe the difference in color for any specific object, and hence cannot give an understanding of how one source will make objects look compared to another. Moreover, unscrupulous suppliers can take advantage of the simplicity of CRI to engineer a high score for inferior products. The lighting industry and end users need a more robust and less ambiguous metric to describe the color quality of white LEDs.

TM-30: Aiming to overcome the limitations of CRI

The new TM-30 test method, which was launched in September 2015 by the Illumination Engineering Society of America (IES), could change the way manufacturers of all types of LED lighting – from individual emitters to LED modules, light engines and luminaires – describe products to their target markets.

The TM-30 test method is intended to compensate for the shortcomings in CRI exposed by the much greater adjustability of modern LED lighting; in particular, CRI quantifies the deviation from the performance of a perfect emitter of the same CCT but does not describe the deficiency qualitatively. The detected deviation could be a negative or positive color shift, or negative or positive change in saturation as illustrated in Figure 1.

Figure 1: Fidelity describes only the magnitude of any shift in hue or saturation.

Color rendition is dependent on color discrimination and color preference, as well as color fidelity. Because these tend to be related to saturation, which can be quantified with gamut, TM-30 proposes to express color quality in terms of both fidelity and gamut, and also presents a color vector graphic that provides a visual description of hue and saturation changes.

TM-30 uses a newer color space than the CIE Y-U-V color space, which is two-dimensional and is seen not to correspond well with the three-dimensional way in which humans perceive color. TM-30 sought a color space more closely aligned with the Munsell color system, which describes color perception in terms of lightness, hue and chroma. Figure 2 illustrates the principle.2

Figure 3, below, shows how colors fit into this framework, with lightness varying in the vertical plane, chroma (saturation) increasing with distance from the center, and hue changing with angular displacement.

Compared with the CIE Y-U-V space, the Munsell system is better suited to describing object color in three dimensions. However, Munsell coordinates are difficult to compute. The TM-30 team identified the CAM02-UCS color space as a practicable solution that corresponds well to the Munsell system while allowing the 3-dimensional coordinates of object color to be calculated using relatively simple data. In addition, distances in the CAM02-UCS color space are in accurate proportion to perceivable color difference, and the colors of objects change little with CCT, thereby helping to minimize undesirable CCT-related effects during testing. Figure 4 shows the CAM02 three-dimensional color space.

A set of test colors was then chosen. The main objectives were to choose real, measured samples, representative of a range of common objects such as paints, textiles, inks and skin tones, and uniformly spanning the color space to give a representative selection including saturated colors. In all, 99 color samples were chosen. This is a significantly larger number than CRI tests have specified, and was felt to be adequate to allow high accuracy without making testing excessively complicated. Another important criteria is that colors have been selected to have similar reflectance properties for all incident wavelengths from the source illuminant. This is considered effective in preventing vendors fine-tuning their light sources to achieve an artificially high score. Figure 5 shows the 99 samples.

To help testers identify a suitable reference illuminant, TM-30 also proposes a change to the locus on which reference illuminants must lie. CRI uses references on the Planckian blackbody locus at CCTs below 5000K, and models on the daylight locus above 5000K. TM-30 uses the same models at the upper and lower ends of the CCT range, but specifies blended sources from 4500K to 5500K. This results in a smooth transition, as shown in figure 6, which is better suited to modern, color-tuneable test sources.

A truer measure of color quality?

After testing the 99 color samples using reference and test sources,the results are analyzed using the CAM02-UCS color space calculation engine. The fidelity, Rf, is calculated in much the same way as the CRI Ra, as the arithmetic mean of all individual R values; albeit using the 99 Ri values from the larger set of TM-30 color samples.

The color vector graphic is generated by plotting average chromaticity coordinates in each of 16 hue bins that span the full range of chromaticity in CAM02. The diagram is presented in full as a part of the TM-30 results set, and is also used to calculate the gamut, Rg, of the test source. Plotting the coordinates produces two sets of 16 averaged points on the chromaticity diagram: one set for the reference light source and one for the test source. Joining the points together, for each set, generates two polygons that effectively compare the color gamut of the test source against that of the reference, as Figure 7 shows. This not only helps identify, intuitively, those colors that will be more or less accurately represented by the test source, but also allows Rg to be calculated as the difference in area between the two polygons.

Testing with the 99 color samples, and calculating multiple results from the larger set of measured data, may seem vastly more complex than the relatively straightforward calculation of Ra using the few color samples needed to derive the CRI. However, signing up to TM-30 gives access to online spreadsheets that allow Rf, Rg and the color vector diagram to be generated automatically. Rf, the fidelity index, can have a value up to 100, as is the case with the Ra average calculated for CRI. On the other hand, since it is possible for the test lamp to have a larger gamut than the reference source, Rg can exceed 100. TM-30 allows for values of Rg up to 140.

The values of Rf and Rg can also be plotted on a two-dimensional color rendition diagram as a further aid in visualizing the performance of the lamp. Figure 8 demonstrates the principle of the diagram by comparing color rendition for sources of various types including incandescent, halogen and LED.

The IES launched TM-30 in September 2015, and the industry now needs to decide whether the tests can be performed quickly, accurately and economically, and whether the results can be understood clearly by all relevant audiences. These audiences comprise not only lighting experts and equipment manufacturers, but also lighting-system integrators, vendors, professional specifiers, and consumers.

The industry has known for some time that a more descriptive and robust color-quality metric is required, to support OEMs and end-users in the LED-lighting age. TM-30 has been developed by illumination-engineering experts, and could prove to be the unambiguous test method everyone has been looking for. On the other hand, it may prove to be time-consuming to calculate, and difficult to understand. The IES now has an evangelical mission, to promote and explain its proposal to the industry.

Although the TM-30 standard has not been widely adopted as of yet, Digi-Key has a wide variety of LEDs and accessories in-stock to incorporate into designs immediately. 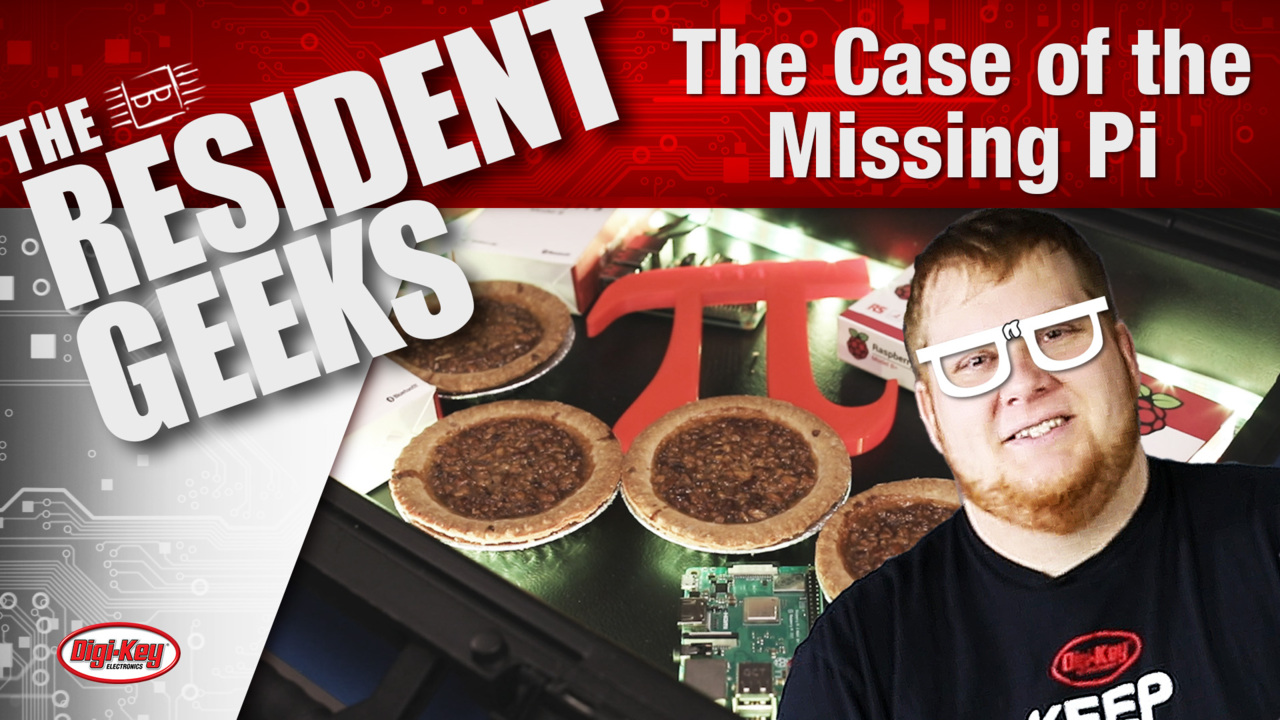 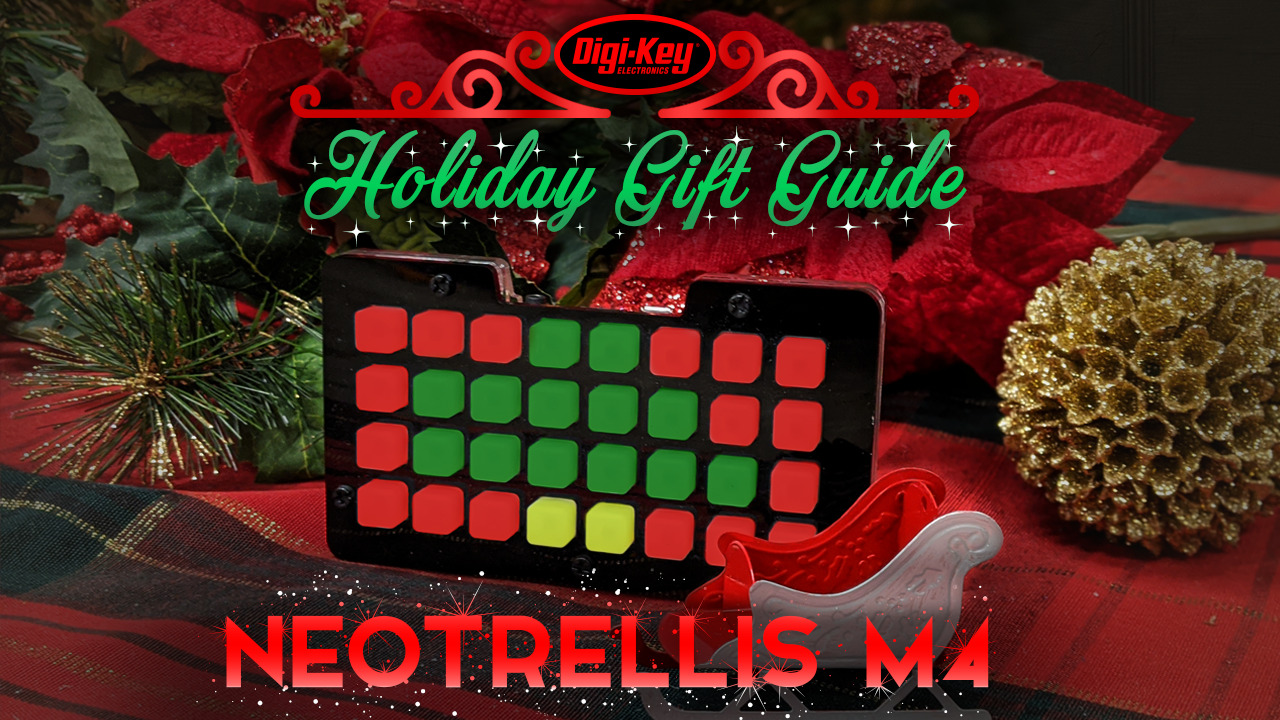 Incoterms: CPT (Duty, customs, and applicable VAT/Tax due at time of delivery)